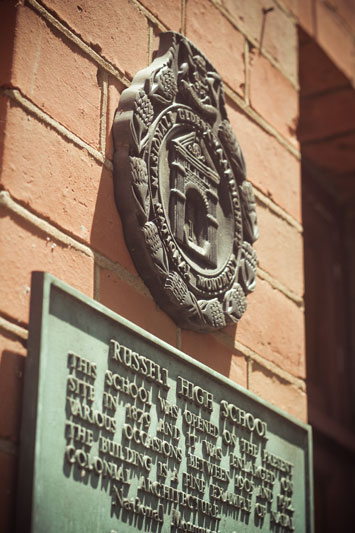 Russell High School is one of Pietermaritzburg’s architectural treasures situated on the corner of Hoosen Haffejee (Berg Street) and Peter Kerchoff   (Chapel Street) streets close to the city CBD. Established in 1879, the magnificent building was declared a National Monument in 1979.

The Russell School we know today bears no resemblance to the single – story school building that stood on the corner of Berg andChapel Streets in 1879. In those days this was on the outskirts of Pietermaritzburg and past pupils recall the peaceful silence that surrounded it. The only sound one heard was the chanting of multiplication tables or rules of spelling, and in the distance “all day long one heard the music of anvils ringing from all parts of the town” [Quoted from a letter by a past pupil of 1908].

Another past pupil recalls, “we were always as dirty as pigs as there was no grass, no tar, only bare red earth”.

Robert Russell, the Superintendent Inspector of Education in the Colony of Natal, first advertised the “Model Primary School for Girls” in the “Natal Witness” on Thursday, 23 January 1879, the day after the Battle of Isandhlawana, when the people of Maritzburg were feverishly preparing for a siege. Miss Eleanor Broome, the first Headmistress, had recently arrived in Port Elizabeth and on hearing the “frightful news” telegraphed to say that she intended to “remain for the present on account of the unsettled state of affairs”.

However on being told that “no salary or part salary” would be paid for the time she “remains absent from her post of her own accord”, she duly arrived and the School opened on 6 March 1879. Besides Miss Broome, there were 3 teachers and 169 pupils, 53 of them “infants” i.e.boys and girls from 3 to 7 years of age. Incidentally, some of those “infants” were to include Dr Alan Paton, author of Cry, the Beloved Country, Dr Edgar Brookes, Mr C.B. Downes [ex Mayor] and Mr Vic Harrison amongst many other prominent Maritzburg families. 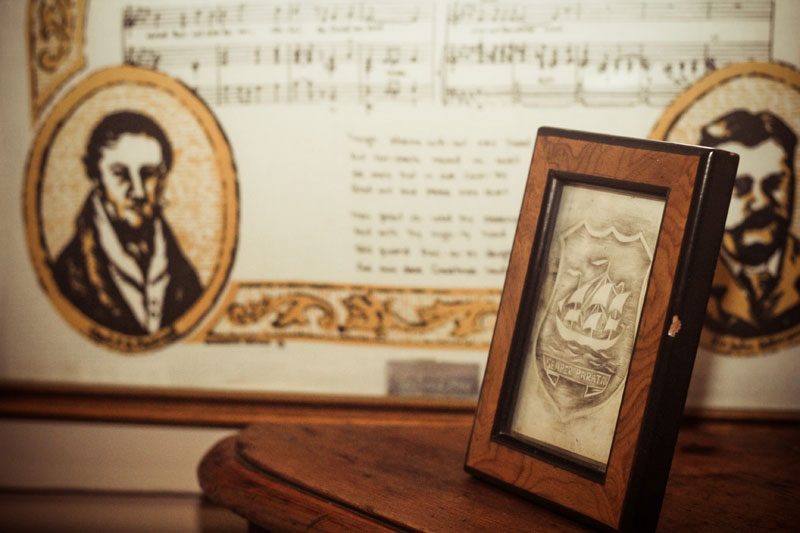 The School, described by Superintendent C.J.Mundie in 1911 when the present old building was completed as the largest girls, school in South Africa, “it would be hard to find a better school building in any part of the Empire”, played a pioneering role in girls’ education, providing facilities for teacher-training, introducing subjects such as Mathematics, Domestic Economy which included Cookery “this housewifely accomplishment”.

From 1901, Shorthand, Typewriting and Business Routine were taught, quite a startling innovation at that time.

The oldest Government School for girls in Natal, it was renamed Russell High School in 1941 in memory of Robert Russell, the man who had helped guide it through the first 22 years of its existence, and in 1979, its centenary year, the building was declared a National Monument. 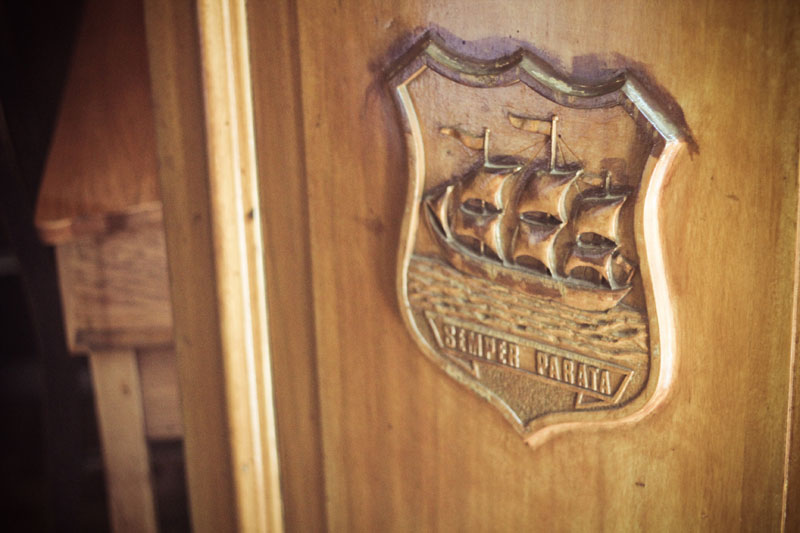 The roots of Russell High run deep into the life and history of Pietermaritzburg, and, as a school is an integral part of a living community, it has to adapt and change in order to serve the needs of that community. This has been the history of Russell High but what has not changed is its ethos, it remains a small “family” school, not very rich in terms of money, but always rich in terms of love and loyalty and in caring for others.

History of the Houses

Dr Killie Campbell was always warm and generous. Killie was particularly interested in young people, encouraged school children and students of every nationality to browse around and avail themselves of this wealth of material to be found at Muckleneuk. 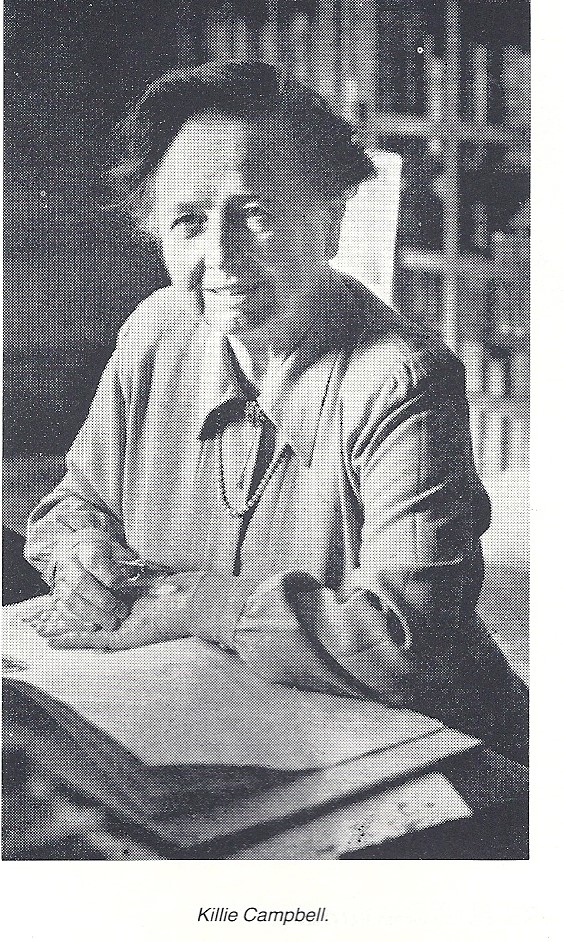 Avis Odell was appointed head mistress of Russell High School 1979 and served the school with great dignity, loving care and admirable discipline until 1993. She remains a firm friend and great supporter of the school.

Olive Schreiner was internationally famous as a philosophical and political thinker, well in advance of her times. 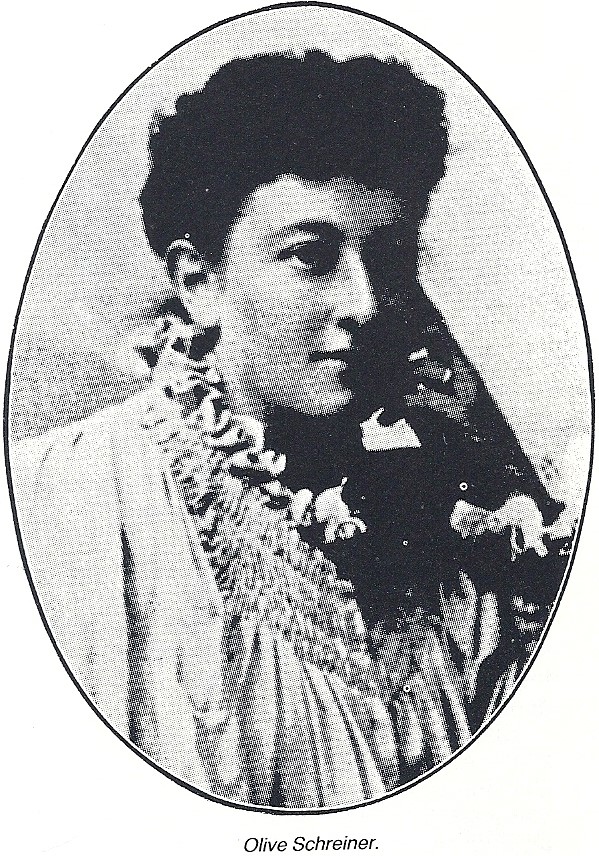 Henrietta Stockdale was known as the Florence Nightingale of South Africa. She was a dedicated nurse who established a maternity nursing home and nursing co-operative which provided a service to patients unable to reach hospitals. The nursing profession of our country is indebted to her. 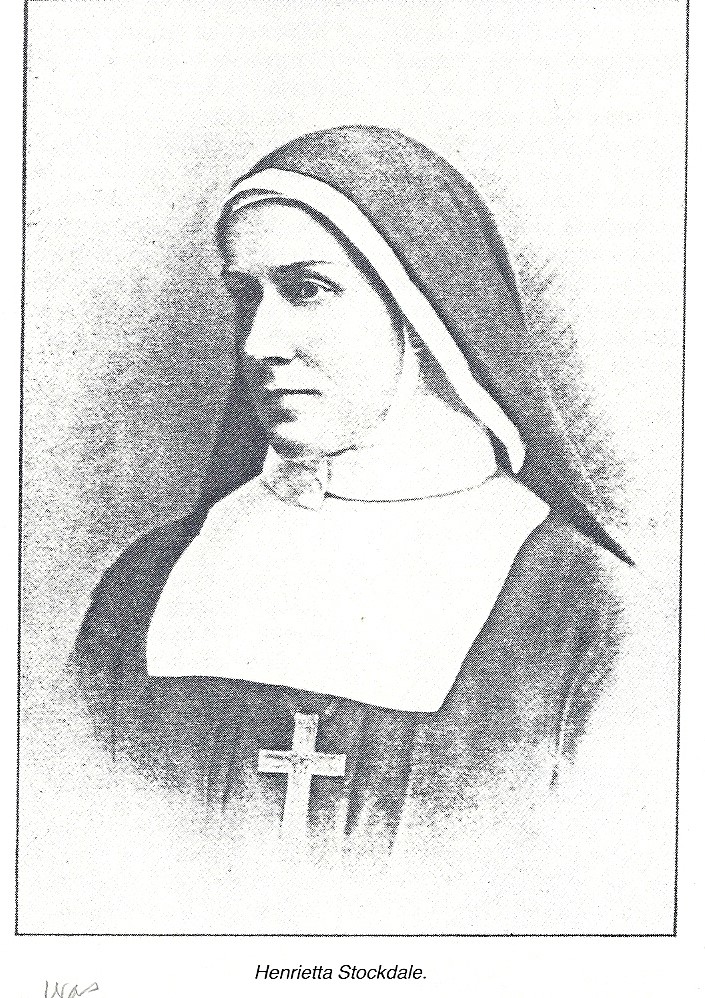